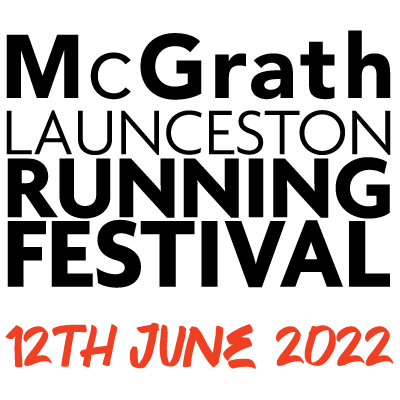 Six of the seven Australian athletes who have attained the Tokyo Olympics marathon qualifying time will line up in the Launceston Running Festival next month.

The 14th edition of the event has once again attracted a who’s who of national distance running stars.  All three men who will toe the line for Australia in this year’s Olympic Marathon will, with Brett Robinson and Jack Rayner to race the C5 Pro-Solutions 10km and Liam Adams the Think Big Half Marathon.

Robinson ran the third fastest ½ marathon time ever on Australia soil at Launceston in December and is keen to drop down a distance to the 10km as he charges towards his second Olympics.

“I’m looking forward to racing against Jack, we run together every day so we know each other’s strength and weakness which will make it an interesting race and probably some fast times,” Robinson said.

Both athletes have been dominant on the roads of Tasmania in recent years.  In addition to his phenomenal ½ marathon performance in 2020, Robinson won the Hobart Run The Bridge in 2019 and 2020, setting a then record of 28:30 in the latter.  In the year when he made the Rio Olympics 5000m final, he also took home the Burnie Ten in 28:29, as he defended his 2015 crown.

Rayner elevated his stocks when he took out the 10km at the 2018 Launceston Running Festival, breaking the course record in 28:31.  A few months later he won the Commonwealth Half Marathon title in Cardiff, clocking 61:01.  Since then he’s been a dominant force on the roads, returning to Launceston in 2020 to go back to back in the 10km, before taking Robinson’s course record at the Hobart Run The Bridge in February 2021, running 28:28

“Jack took my record at Run the Bridge so I need to take this one from him,” Robinson declared.

The pair headline a long list of elite athletes, with 19 men who have run faster than 30minutes for 10km lining up.

Prolific road race winner Liam Adams steps up to the Think Big Half Marathon this year, where he headlines a charge of athletes looking to break 62minutes.  After Robinson put the event on the map with a stunning 61:38 last year, athletes are lining up to run a personal best on the East and West Tamar Highways.

In addition to Adams, Thomas Do Canto (PB 62:13), Andy Buchanan (PB 62:50), Dual-Olympian Ben St Lawrence (62:51) and Riley Cocks (63:35) will be chasing fast times.  Tasmanian record holder Dejen Gebreselassie has been charged with setting the pace for the PB train.

Women’s 10km course record holder Sinead Diver will be joined by Tokyo bound Ellie Pashley in the 10km, with Milly Clark making her return to competitive racing as she headlines the women’s half marathon field.

Clark indicated some nerves ahead of her serious return to racing, especially on home soil.

“It will be interesting to see how I go.  2020 didn’t go the way anyone expected.  I was in New York in March, ready to race their half marathon, then the Rotterdam marathon in April.  Next thing you knew, everything was cancelled, we were in lockdown at home, I couldn’t train and I had no work,” Clark said.

“Over a year later, I withdrew my nomination for the Tokyo Games so I could focus on some life balance.  I’m studying full time again and working at a school, while rebuilding my fitness.

“Hopefully a fast time is in me on my home course, as we know it’s a fast course.  So it’s up to me what time I can produce on June 13 which is exciting,” Clark admitted.

The full list of elite runners is available in the freshly released Event Booklet here.

Events at the 2021 Launceston Running Festival include;

Entries for the 2021 event are still open.

the mcgrath Launceston Running festival is set for 12th june 2022.
enter now for 2022